State Bar of Nevada Announces Recipients of the 2020 Membership Awards

State Bar of Nevada Announces Recipients of the 2020 Membership Awards

State Bar of Nevada members work hard to improve our organization and further the development of the legal profession. Please join us in recognizing the invaluable contributions of our 2020 State Bar of Nevada Membership Award recipients:

The State Bar of Nevada’s Presidential Award is presented annually to a bar member practicing 20 years or more whose conduct, honesty and integrity represents the highest standards of the legal profession. Award recipients inspire by example, advance the administration of justice and bring honor to the profession.

The State Bar of Nevada is pleased to present this year’s Presidential Award to the Honorable Larry R. Hicks.

A native of Evanston, Illinois, Hicks migrated west and earned his bachelor’s degree from the University of Nevada, Reno. After law school in Colorado, Hicks returned to the Silver State in 1968, where he began a life in public service, rising to the position of chief criminal deputy district attorney for the Washoe County District Attorney’s Office. He ran for the top job in 1975 and served as the Washoe County District Attorney until 1979. Hicks then left for private practice, joining the prestigious McDonald, Carano, Wilson, McCune, Bergin, Frankovich & Hicks law firm, where he eventually chaired the firm’s litigation section.

Hicks was nominated to the U.S. District Court bench in 2001 and received bipartisan support from Nevada’s U.S. Senators John Ensign and Harry Reid. During his confirmation hearing, Reid described Hicks as “a lawyer’s lawyer” and “simply one of the best.” Hicks was sworn in by President George W. Bush, just weeks after the September 11 terrorist attack, and he took the bench in one of the most turbulent times in America’s history.

Hicks has had a stellar career on the bench; he took senior status in 2012. He has handled 429 cases, and only 28 cases – or 6.5 percent – were reversed. After Judge Gloria Navarro, Hicks has the lowest percentage of reversed cases.

He is also a well-recognized leader in Nevada’s legal community. Hicks is a past president of the State Bar of Nevada (1993-1994) and served on the Board of Governors of the state bar from 1988 to 1994. He is also past president and master of the Bruce R. Thompson Chapter of the American Inn of Court in Reno. In 1998, he was inducted into the American College of Trial Lawyers. He also served as a delegate to the American Bar Association from 1994 until 2000.

In 2011, the Nevada Advisory Council for Prosecuting Attorneys presented Hicks with the William J. Raggio Award for his role as a past prosecutor and his contributions to the improvement of the administration of justice in Nevada.

Hicks resides in Reno with his wife of 55 years, Marianne. Together, they enjoy the outdoors and are experienced equestrians. They have three children, including Carrie Ortiz and her husband Tom, Amy Gilmartin and her husband Mark, and Christopher Hicks and his wife Nicole. Christopher has followed in his father’s footsteps serving as the current Washoe County District Attorney. In addition, Larry and Marianne have nine grandchildren: Chase, Anabella, Carson, Sawyer, Delaney, Siena, Olyvia, Drew and Luciana.

The 2017-2018 Advisory Commission on the Administration of Justice

The Medal of Justice Award is given to a person, group or entity that supports Nevada’s legal community. Recipients are those who inspire by example and who demonstrate commitment to the advancement of the profession and to the protection of the public.

This year, the State Bar of Nevada is pleased to present the Medal of Justice Award to the Advisory Commission on the Administration of Justice.

Following a series of public comment meetings and work sessions, the commission delivered a comprehensive set of criminal justice reform recommendations to the Legislature that addressed several policies including behavioral health, sentencing, release, supervision, and reinvestment and sustainability. The legislation is expected to avert an estimated $543 million in state spending over the next 10 years.

The State Bar of Nevada commends the commission members for their work during the 2017-2018 interim legislative session that resulted in these reforms. They include:

VOLUNTEERS OF THE YEAR:

The Volunteer of the Year award recognizes outstanding service by members of a State Bar of Nevada committee or section.

The 2020 volunteers of the year award are attorneys Kevin Speed and Alex Velto.

Last year, the state bar’s Board of Governors debated the issue of reciprocity and whether Nevada should join the 45 other states that have reciprocal licensure in one form or another. The Board of Governors was split on the issue – as were Nevada attorneys – with an almost even split of attorneys for and against the issue. The board decided to bring the matter before the bar’s membership at the 2019 Annual Meeting with a Lincoln-Douglas debate between two talented attorneys, Kevin Speed and Alex Velto.

At the time of the Annual Meeting, Velto served as a clerk to the Hon. James W. Hardesty and had graduated with honors from the UNLV Boyd School of Law. In law school, Velto was a member of the Society of Advocates, where he participated in the Seigenthaler-Sutherland National First Amendment Moot Court Competition in Washington, D.C., and the National Student Trial Advocacy Mock Trial Competition. He also coaches the McQueen High School debate team in Reno, which has consistently placed in the top 15 high school debate teams in the country.

These experienced debaters set the rules for the debate with Velto taking the pros and Speed taking the opposing position to reciprocity. Their spirited debate heightened awareness of the issue and spurred discussion among Annual Meeting attendees for the rest of the conference. The video was played at local bar events in 2019 and allowed the Board of Governors to continue the discussion. Speed and Velto also agreed to pen an article for the September 2019 issue of Nevada Lawyer where they continued to frame the discussion and share opposing points of view.

Although there can be no winners with an important issue like reciprocity, the State Bar of Nevada extends its thanks and gratitude to Speed and Velto for their thoughtful approach to the issue and the collegiality they displayed while weighing the pros and cons. This is an issue that will remain in the forefront of the State Bar of Nevada’s agenda in years to come.

YOUNG LAWYER OF THE YEAR: 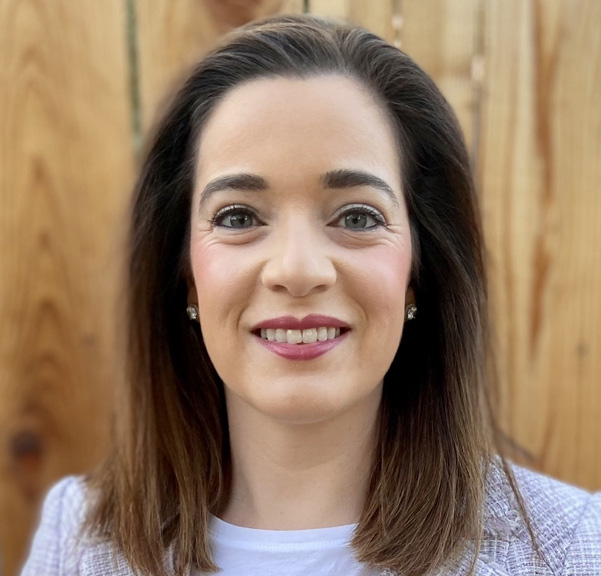 The Young Lawyer of the Year award recognizes the professional and public service achievements of Nevada attorneys who are either under the age of 36 or who have been engaged in the practice of law for fewer than five years.

The State Bar of Nevada is honored to present the 2020 Young Lawyer of the Year award to Bronagh Kelly, an associate attorney at Woodburn and Wedge in Reno, Nevada.

Kelly brings an international perspective to her practice in northern Nevada. A native of Ireland, Bronagh studied law at the Queen’s University Belfast in Ireland and spent her third year in Spain studying Spanish law, Spanish language and other European languages. After graduation, she moved to New York, passed the New York bar exam and began her practice at a nationally renowned firm focusing on commercial defense litigation in New York City.

Kelly followed her heart to Reno, where, in 2016, she married a fifth-generation Nevadan and refocused her area of practice to family law. She quickly built upon her professional skills by attending the National Family Law Trial Institute and wrote about her experience in Nevada Lawyer magazine’s November 2019 issue. She penned a similar article in the national Family Lawyer magazine.

When not building her practice, Kelly finds time to immerse herself in the legal community.

She is a member of the Young Lawyer’s Section of the State Bar of Nevada and has assisted in the organizing of the upcoming Mountain West Regional Summit Young Lawyers Conference. She currently serves as the Young Lawyer Representative on the Access to Justice Commission and works with commission members to assess civil legal service needs and develop statewide policies designed to support and improve the delivery of legal services to Nevadans in need. She is also the secretary of the Northern Nevada Women Lawyers Association (NNWLA) and previously served as the NNWLA communication chair, where she planned and organized CLEs and social events.

In her spare time, Kelly volunteers as a “Lawyer in the Lobby” on family law nights and is a committee member for the Ronald McDonald House Charities.